It was FA Girls’ Football Week this week (25th April – 1st May) and The Duchy Academy Trust celebrated this with a week of coaching led by Tommy Wheeldon and Judith Kitson from Kits on Hangers. All girls from each school took part in fun training sessions which then culminated in a friendly tournament, held at Lewannick, on the Thursday. Girls from each age group competed in 3v3, small sided games, against their peers from Boyton, Callington and Harrowbarrow Schools. The tournament was a huge success and a fantastic advert for girls’ football.

Here are some pictures from the training session (click on a picture to view the gallery): 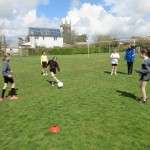 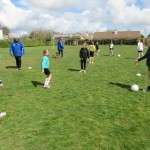 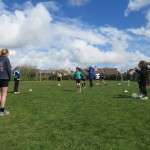 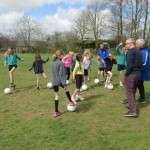 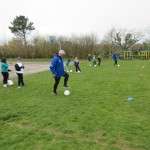 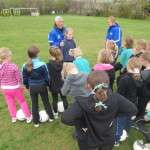 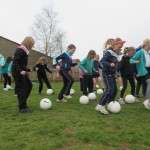 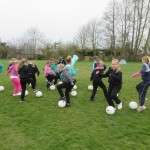 Here are some pictures from the tournament: 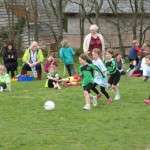 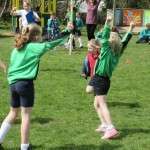 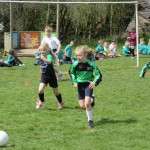 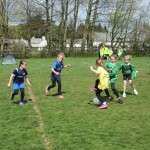 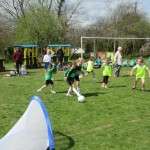 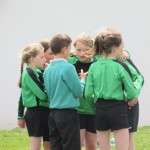 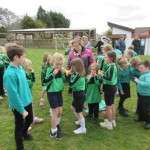 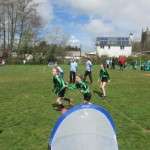 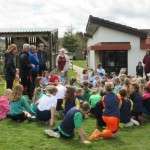 Lewannick and Boyton Schools made their annual pilgrimage to the real St James Park on Saturday to watch Exeter City play Morecambe in League 2.

Before the game, in beautiful sunshine, pupils took part in a range of training activities and small-sided games. Back at the ground, pizza was devoured and autographs were hunted as the game got underway.

Though much of the game was decidedly dull, the last 10 minutes was really exciting, with ex-Hull City (I had to get that in!) star Kevin Ellison scoring a great goal for Morecome, before Exeter were awarded a penalty, which was duly scored to make the final result 1-1.

As always, the day was a real success and given that we had 61 people attend, it was a great advert for the sporting enthusiasm of both schools. 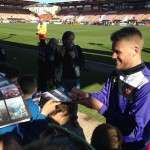 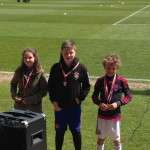 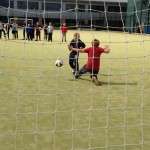 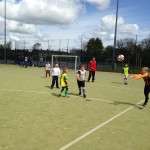 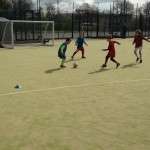 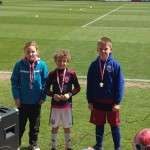 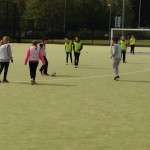 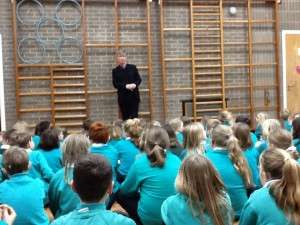 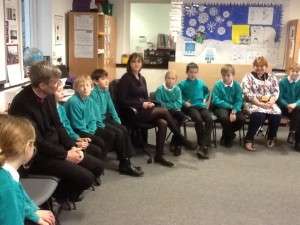 We were joined by The Right Revd Tim Thornton, Bishop of Truro this week. The Bishop has visited Lewannick before and like last time he proved to be a most engaging, interesting and amusing visitor. Bishop Tim met all classes and chatted to children about many things, answering a range of questions including, ‘How much do you earn?’ He also enjoyed bangers and mash with our School Council, discussing a range of issues with them.

On Friday 23rd October, Year 6 children from Lewannick travelled by a fly infested minibus to Boyton Primary School to board the Nat West Bus ….. which remained stationary!

We had to complete a maths task involving money. There was a money making machine which made £25 a day.

We were given the money making machine on the 1st July but had to give it back on the 14th of December. We had to work out how much money we could make during this time.

So, we had to work out how many days there were all together between the 1st July and 14th December (167 days).

Then we could buy things that we needed with the money made. 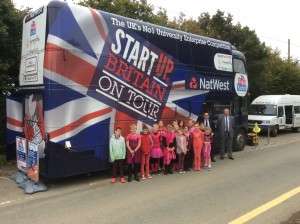 All of Year 6 have visited the factory and gallery and have had a go at glass fusion.

On Thursday, 4th July, seven pupils took part in a public performance of ‘Carmen’.  The show was in collaboration with Launceston College and their music co-ordinator Susan Phipps.  We look forward to more exciting projects like this in the future.

Class 2 visited Launceston Steam Railway on Monday,13th May as part of their studies on Journeys. 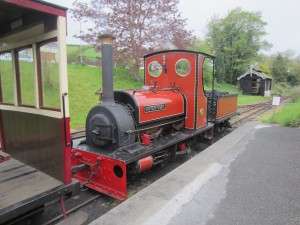 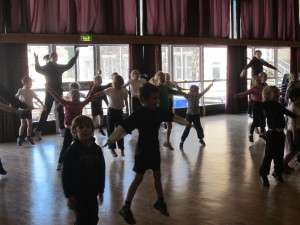 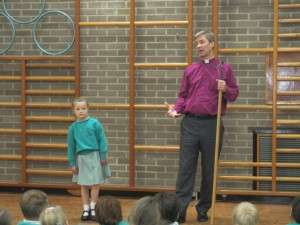 The Right Reverend Tim Thornton, Bishop of Truro, visited school on Friday, 19th April.  The staff and pupils enjoyed an entertaining morning listening to the Bishop and asking him questions about his job and the work he does.

Direct enquiries to the Secretary: secretary@lewannick.net